In line with the concept that "crime has evolved beyond boundaries, and so has law enforcement," the Bureau actively establishes coordinative channels and cooperative relations with counterparts around the world on the basis of equity and mutual benefit in order to thwart various forms of transnational crime. The MJIB currently assigns 24 legal attaches in 17 countries to liaise with law enforcement services in host countries and to collaborate closely with counterparts particularly in the US, Canada, Australia, Japan, the Philippines, Thailand and Vietnam in joint efforts to investigate cases involving US dollars counterfeiting, drug trafficking, human smuggling, export control violations, cyber crime, telecom fraud, fugitive arrests, and international terrorist activities in order to effectively strengthen our capabilities in the fight against cross-border crimes.

Mutual understanding is fundamental to cooperation. In this regard, the Bureau actively organizes high-ranking delegationsto          visit law enforcement agencies in other countries and vice versa. In addition, the Bureau develops cooperative ties with foreign counterparts by arranging workshops and joint training programs.

The Director General was invited to lead a delegation to San Diego, United States, from October 13-20 to participate in the “123rd Annual Conference of the International Association of Chiefs of Police (IACP)” as well as to visit the IACP Equipment Fair. During this time the Director General visited the Los Angeles Bureau of Immigration and Customs Enforcement (ICE) and exchanged views on tracking and apprehending  fugitives, anti-proliferation, and the signing of the “Memorandum of Understanding on Legal Enforcement of Intellectual Property Rights in Taiwan and the United States”. The Director General and his delegation also visited the Northwest and Pacific Field Offices of U.S. Customs and Border Protection (CBP), and conducted talks on telecom scams and the signing of collaboration agreements, etc. The trip’s success was reflected not only in high-level reception by the U.S., but also in fully exchange of opinions between senior officials from both sides. It marked a breakthrough by the Bureau to conduct exchange with other international law enforcement agencies through the establishment of communication channels, international cooperation, and joint efforts in combatting on cross-border crimes

Between September 3 and September 13, the Director General led a delegation to the “34th Cambridge International Symposium on Economic Crime” where he had been invited to give a keynote speech. The Director General and his delegation also took the opportunity to call on the Director General of the U.K.’s “National Crime Agency (NCA)”, the Director General of “The Royal United Services Institute (RUSI)”, the President of “Federal Criminal Police Office of Germany (BKA)”, the Deputy Managing Director at the Berlin Headquarters of “Transparency International (TI)”, and ambassadors of Taiwan at our representative offices in the U.K., Germany, and the Netherlands. They also visited Hague Medical Science and Social Center, observed local drug rehabilitations and medical care practices. During this period the Director General also chaired the “MJIB European Legal Attaché Work Conference” in Berlin, heard briefings from MJIB legal Attachés, conducted face-to-face discussions, and exchanged opinions. The meeting was effective in achieving the goals of improving work skills, enhancing team morale and cohesion. 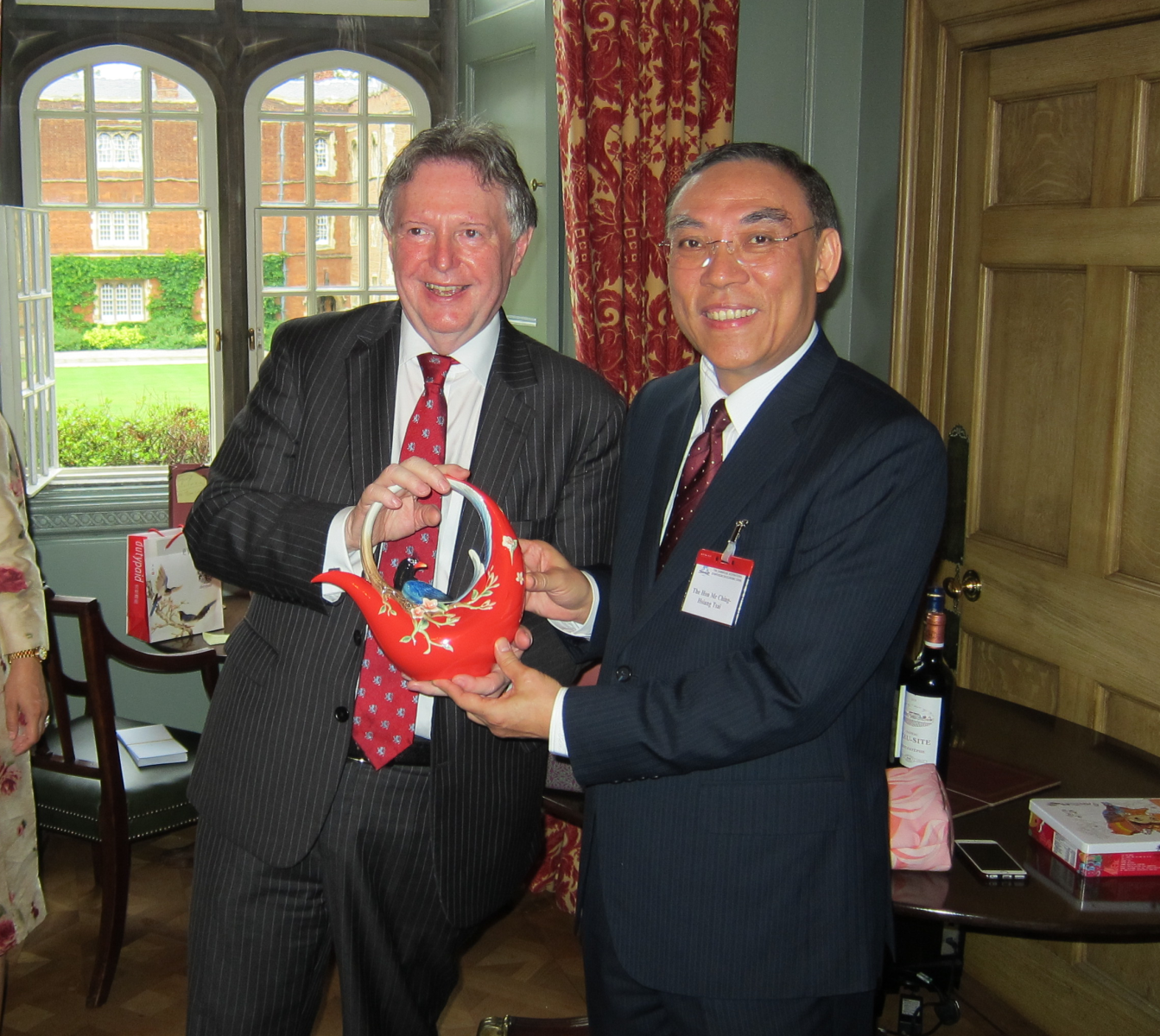 The Bureau participates international conferences such as the International Association of Chiefs of Police, the Cambridge International Symposium on Economic Crime, the Egmont Group Annual Meeting, the APG on Money Laundering meetings, the Asia-Pacific Homeland Security Summit and Exposition in order to enhance professional capabilities, share experiences and information with law enforcement leaders around the world, and bolster bilateral and multilateral collaboration.

In addition, the Bureau also hosts the International Workshop on Economic Crime Prevention and the International Forensic Science Symposium to develop networks and to publicize its dedication to professionalism.

To understand the fast-changing criminal patterns and to strengthen our agents' fitness in the fight against transnational crime, the Bureau continues to send its members abroad to study advanced knowledge and techniques in criminal investigation and forensic analysis from leading academics in developed countries. To make contributions to the international community, the Bureau offers training courses such as "The Transnational Crime Investigation Workshop", "The Cyber Crime Investigation Workshop", "The Training on Prevention of Economic Crimes and Money Laundering", "The Workshop on Narcotics Evidence Examination", "The Workshop of DNA Techniques in Identification of Biological Evidence" for law enforcement counterparts in South-East Asia, Latin America, and the Middle East. The Bureau also dispatches outstanding instructors upon request to developing countries to enhance their law enforcement agents' fitness and increase bilateral friendship. 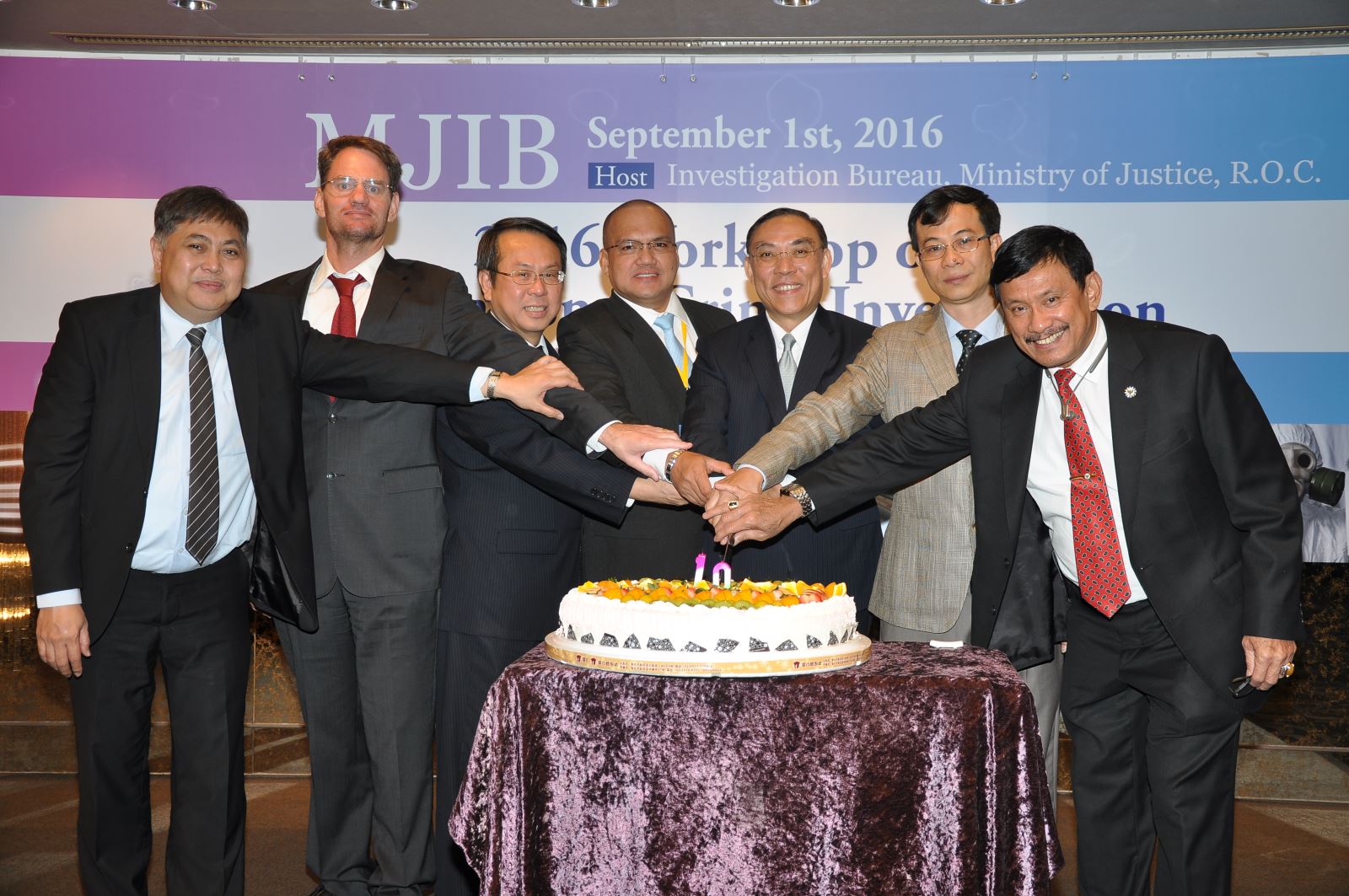 The Bureau welcomes not only leaders from foreign law enforcement counterparts but also friends and foreign representatives in Taiwan to visit us to have a better understanding of the Bureau's functions and organization in order to promote mutually beneficial relations.